So not that long ago, my Facebook feed began to fill up with a bunch of people posting their "Wordle" games on their timeline.  And I asked myself...what in the world is this?  Is this new games going to be the next craze? Like Sudoku, or Pokemon Go? So I decided to do some research about it. 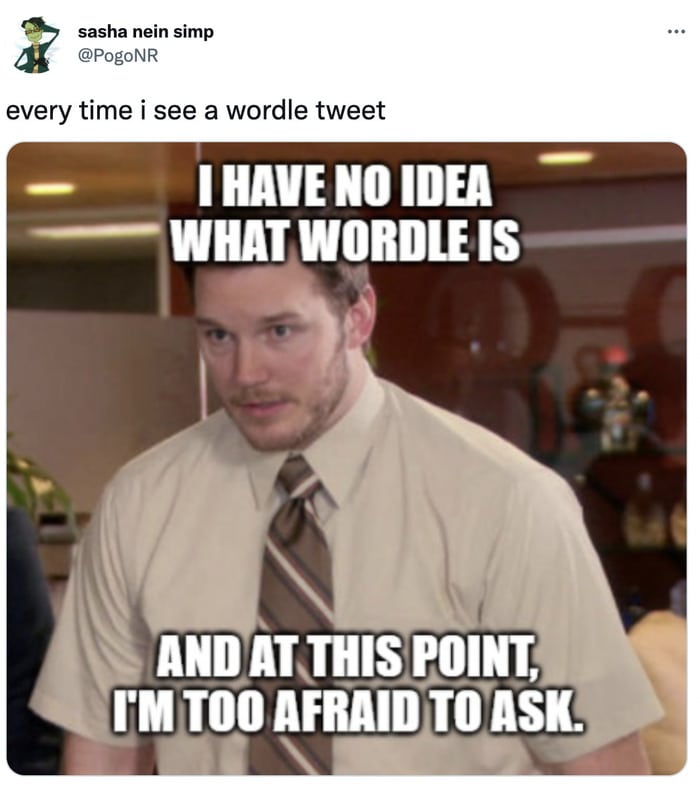 A software engineer in Brooklyn named Josh Wardle launched the game in October.  He originally made it for his partner, because she loves word games so much.  Then it exploded last month, and now MILLIONS play it every day.

Apparently, it is a word program used for creating "word clouds" out of any text you choose.  Players attempt to guess a five-letter word in six attempts; feedback, in the form of colored tiles, is given for each guess, informing players which letters are in the correct position and which are in other positions of the answer word.

Now, if this game appeals to so many, how bad could it be?  It has become popular enough that The New York Times just paid 7 figures for it.  As of now, the game is still free to play, but it may not be for long.  They say they'll be adding it to their line-up of online word games soon, but my hunch is that eventually there will be a small charge in the future.

The game is already available in several languages.  It seems like a cool way to pass the time, and I wonder if studies will come out showing that it may help in cognitive ways.  We shall see.  Or this may pass as quickly as Pokemon Go.

KEEP READING: 10 classic board games that will take you way back