I was watching a rerun of Shark Tank the other day and I enjoy the show because of some of the amazing inventions and business ideas that come on the show.  So I started to think about our state, and some of the inventions that came from Missouri.  I bet you will be surprised at a few of them. The people who came up with them were either from here, or were based here at one time.

The Learjet was the world's first private airplane.  It was invented by a man names William Lear.  He was born in Missouri.  Born in 1902 in Hannibal Missouri and he also invented the 8-track cartridge.  In his lifetime, he received over 120 patents.

Jefferson City Missouri is the birth place of inventor Jack Kilby.  He was an American electrical engineer who took part in the realization of the first integrated circuit, and Kilby also invented the first pocket calculator, which was nicknamed “Pocketronic” back then, along with the thermal printer. In 1982, he was inducted into the National Inventors Hall of Fame and won the Nobel Prize in Physics in 2000.

Do any of you have memories of your kindergarten class?  You can thank Susan Blow of St Louis Missouri.  She is known as the "Mother of the Kindergarten" and this educator opened the first successful public kindergarten class in the US.  Read more about her HERE.

Yes, this popular beverage was invented by Charles Grigg in 1929.  The Un-Cola.  Rob wrote a story about it and you can check it our HERE.  Love that lemon-lime soda.

The invention of pancake mix, which occurred in St. Joseph Missouri in 1889. Known today as the Pearl Milling Company, the original company was called Aunt Jemima Milling Company. Breakfast never tasted so good.

No more tube televisions!  Thank you James Furgason of Wakenda, Missouri in Carroll County.  He is in the National Inventors Hall of Fame, and held over 100 US patents at one time before he passed away.  Learn a bit more about him HERE.

George C Hale is someone every firefighter should know about.  He was a fire chief in Kansas City Missouri from 1882 to 1902.  He invented the fire escape suspenders that are still used today.  He was also the holder of more than 60 patents for fire fighting equipment. Learn more about him HERE. 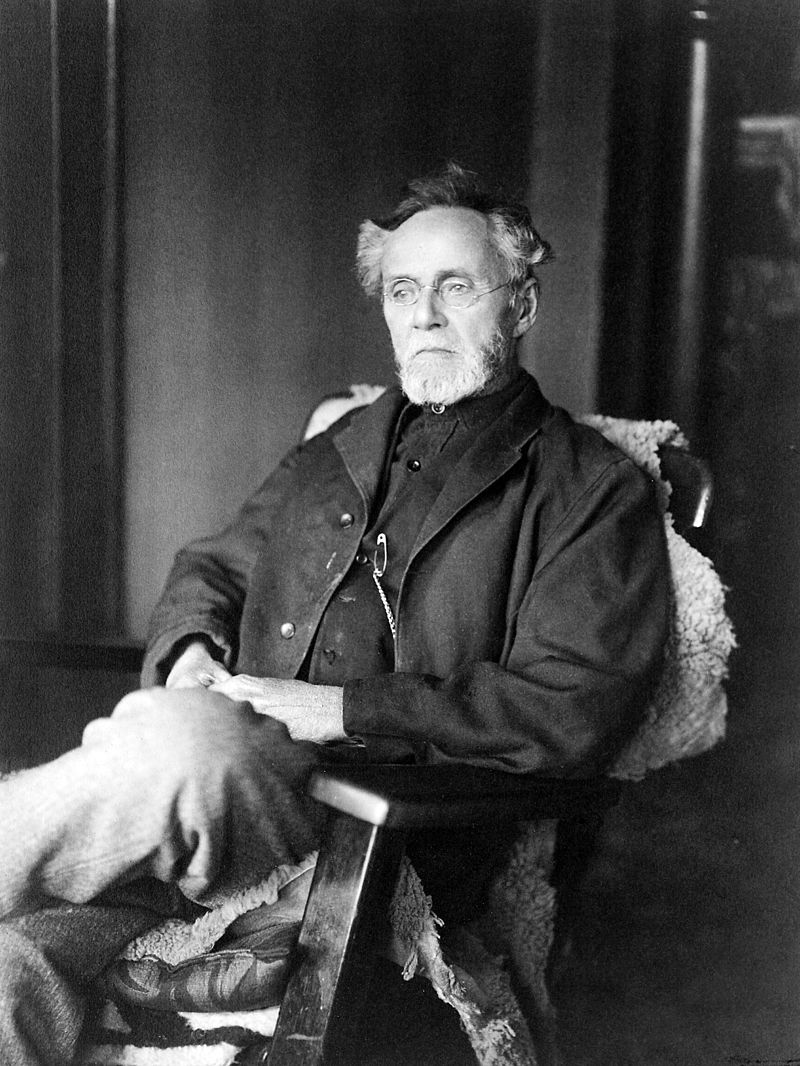 This is Andrew Taylor Still.  He is considered the the founder of osteopathic medicine.  Osteopathic medicine is a "whole person" approach to medicine—treating the entire person rather than just the symptoms. With a focus on preventive health care, Doctors of Osteopathic Medicine (DOs) help patients develop attitudes and lifestyles that don't just fight illness, but help prevent it, too. The first class of the American School of Osteopathy was in Kirksville, Missouri.

Ever been to a Monster Truck event? The first "Monster Truck" was Big Foot.  It was the brainchild of Bob Chandler. Learn more about him HERE.  In 1975, he put monster sized tires on a Ford F-250 and the monster truck was born.

Many people believe that the ice cream cone came to be at the 1904 World's Fair that was in Missouri.  Thank goodness.

Get our free mobile app

So now you have a little history lesson about our state and some of the wonderful inventions that are tied in to us.  I am sure I am missing a few, but I thought this would be a good start. I didn't know about the Monster Truck one.  Thanks Bob!

LOOK: The top holiday toys from the year you were born

With the holiday spirit in the air, it’s the perfect time to dive into the history of iconic holiday gifts. Using national toy archives and data curated by The Strong from 1920 to today, Stacker searched for products that caught hold of the public zeitgeist through novelty, innovation, kitsch, quirk, or simply great timing, and then rocketed to success.
Filed Under: Inventions, Missouri
Categories: History, Missouri News, Technology
Comments
Leave A Comment
5 Misconceptions People Have About Missouri Plus One Extra
Mo DNR Receives More Than $5.8M in Federal Money to Reclaim Abandoned Coal Mine Sites
In Missouri Is It Legal To Honk To Let Someone Know You’re Here?
Missouri Cities In the Top 50 For Folks Working Night Jobs
DNR Awards $2.6M in Volkswagen Trust Funds For Electric Vehicle Chargers
Knob Noster Could Finally Let A Teenage Dream of Mine Come True
Missouri Has Wild Animals You May Want To Avoid? Oh Yes We Do!
Hidden Treasures In Missouri? You Should Check Out These 10
Is This Really The Best Fast Food In Missouri, Illinois, & Kansas?